Developer: Xaviant, Maximum Games Publisher: Maximum Games Platform: PC, Xbox One, PS4  Lichdom: Battlemage‘s primary claim to fame is being an FPS using magic instead of bullets. It sounds like […]

Lichdom: Battlemage‘s primary claim to fame is being an FPS using magic instead of bullets. It sounds like a simple premise but there is a surprising amount of depth to the magic skill customization. The story isn’t too engaging but it’s on par with other FPS titles in terms of depth.

Actual game play is solid even with the very noticeable aim assist. The various magic types each have characteristics that set them apart from the rest. You’ll have to go without jumping but at least have some mobility with the blink ability that propels you forward a short distance.

The strongest part of t

he game is definitely the leveling up and customizing of your magical abilities. As you progress through the game you get loot drops in the form of glowing orbs that will grant you ingredients that you can combine and level up to modify your skills. At first the crafting system can be overwhelming and luckily Xaviant included a simple system in conjunction with the complete custom options. Having the simple options at first helped me get into the idea of wanting to test out combinations while not accidentally crippling my progression in the game. Messing around with the roots, dots, critical boots and projectile movement choices is just the tip of the iceberg. Where the story lacks replay value, trying to coming up with many unique ways to destroy mobs adds more than enough replay value.

Lichdom: Battlemage has decent environmental graphics though at some times they feel repetitive and a little uninspired. Since it is using CryENGINE 3 you can count on a minimum level of visual detail. The weakest part of the visuals seemed to be the player character animations which generally go unseen except when you are casting really bad shadows on walls as you run around.

The quick and dirty verdict 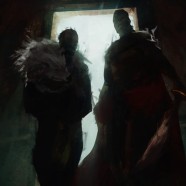