Skip to content
There’s Poop In My Soup
Review

There’s Poop In My Soup

There’s Poop In My Soup caught my eye on Steam simply because the name seemed like a ludicrous concept. The game itself isn’t so crazy and seems to take precautions to not be as vulgar as the name says.

The object of the game is launch projectile poop into or onto targets that are below your character. You have only a limited number of poops available to get the highest score you can by doing trick shots, objective shots and combos. When you start out there is only one map of the 3 currently available that is unlocked. As you play on a map you will complete objectives on a “To-Poo List” which will increase targets and number of poops available and eventually unlock the map’s super poop ability. After a certain number of objectives are completed you will unlock the next map. 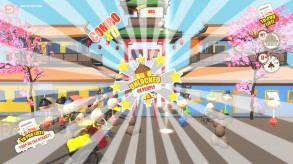 I think the strangest thing to me when playing is that your character is spitting the poop out of his mouth. So it might not be actual poop but maybe there is some poop eating culture where this is a thing but I don’t know. Just seems weird to me and I’m okay with that.

The quick and dirty verdict

“Nice diversion worth the money.” 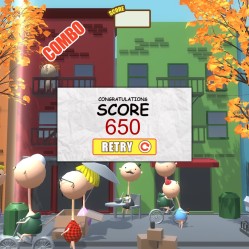 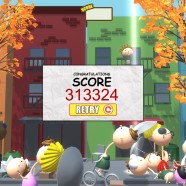 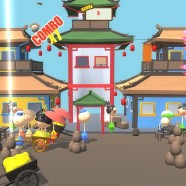