Skip to content
H1Z1: Things I Want In Survival
H1Z1

H1Z1: Things I Want In Survival

H1Z1: Just Survive is one of those games you play and immediately see potential but the longer you play, the less exciting it gets. Don’t get me wrong, I’ve put […]

H1Z1: Just Survive is one of those games you play and immediately see potential but the longer you play, the less exciting it gets. Don’t get me wrong, I’ve put about 300 hours into H1Z1 so far and will certainly put in more but it gets a little repetitive focusing on simply collecting stuff without a goal in mind. What follows are some things that I think would improve the overall play experience.

The obvious thing for me to get out of the way and is more of a need than a want, reduce the ability for players to cheat. Right now it seems there are far too many cheaters/hackers. I have a hard time believing that cheating this prevalent is as good as it gets.

The base building is great so far but I would like more options. Simple things like railings or low walls aren’t an option yet we can make complex structures like elevated decks. Some pieces that I think would make great additions:

These choices would help open up the floor plan and provide better variation on the base designs. An added benefit to having some more detailing pieces as well as reinforcing is the improvement to the late game.

Going along with the ability to upgrade your base, adding armor plating or battering rams could provide variation on the combat. Adding plating over windows could help prevent single shot kills through the windows. To offset the added capability there should be some downsides and limits to number of these upgrades. An idea I thought of was using a weight system to limit the choices of upgrades and prevent being too powerful. Each vehicle type would have different max weight values and as more weight is added the speed and handling of the vehicle would suffer. Oh yeah, upgrades should not be repairable.

Additional vehicle types is a must. I’m positive that they already know this. Vehicles in game that I’d like to drive around are the forklift and ambulance. One type of interesting vehicle to add would be a tow truck, bulky, slow and able to drag other vehicles around. Along with more types of vehicles the number of vehicles need to be increased.

Another thing that I think would be great for players and a good source of revenue would be to add vehicle skins. Add them to the crates and I know I’d buy some keys.

There’s already been chatter about job roles from the dev team which makes this speculation or hopes and dreams at best. Nonetheless I think extra ideas won’t hurt. Just tossing out a few ideas I think would make for some nice choices:

With each job role there should be benefits and disadvantages but they should not interfere with the ability to enjoy the entire game.

For example, the Driver role should get benefits to vehicle handling and speed  while driving and be able to provide better repairs to vehicles as well. To offset those advantages there could be a decrease to run speed and sprint endurance. 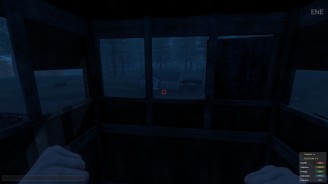 Perhaps a soldier would have perks to weapon accuracy and  weapon durability but have a lower healing quantity per healing item and a longer application time.

I think with the bonuses and decreases to each role it would foster team play and help curb some of the KoS’ing that happens so frequently. Additionally the purpose of this method is that it will allow some difference in characters but not limit access the any single part of the game, like a farmer that can produce crops faster than other roles but everyone still can plant seeds if they want but instead of 12 hours, it takes 24.

There needs to be something to do besides collect and build. I’ve read on a forum once that getting a car was endgame content. That seems odd because as it stands, a vehicle only helps you do the exact same thing you’ve been doing all along only faster. I think it would be a good decision to put NPC’s in the game or use the note system to drive players to certain areas where special ‘boss-type’ zombies would be. There would certainly need to be mechanisms in place to deter people from spawn camping them but the objective would give players something to do as well as push players towards a confrontation.

Ultimately I hope that H1Z1: Just Survive can become more than a game of hoarding. I can’t say that my suggestions are the best things to do but I can say something needs to happen in order to keep people playing longer.