Dracula Untold is a retelling of the Dracula legend that steps away from the usual devil and demons motif to focus on the Vlad The Impaler inspiration of the original Dracula mythos. While we are used to hearing about all the horrific things that The Impaler did during his reign, Dracula Untold does a pretty good job of making him into a sympathetic character. 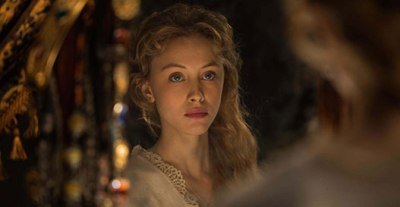 The story follows Vlad as he tries to save his people from a life of servitude to the Turks. His actions ultimately lead to a war that pushes Vlad to accept the dark powers that make him into Dracula. Using his newfound powers he defeats the Turkish armies at the expense of his relationship with his own people. Just when it seems Vlad is going to be able to return to normal, his strategic failure leads to the death of his wife. He commits to the dark powers and unleashes all of his anger on the remainder of his enemies culminating in a battle with his childhood rival Mehmed.

Dracula Untold does a nice job of modernizing the Dracula story without going too high tech like the Underworld series did. Obviously the movie takes place long ago but the visuals are really fresh and there are some unique representations of Dracula’s powers. It’s not about just being strong and fast but also finding a better way to use those powers and even then they really show how the power itself becomes corrupting. 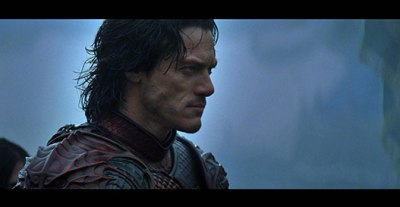 All in all Dracula Untold is quite the refreshin update for a character that has been done to boredom in all of the more recent renditions. If Universal is looking to jump start it’s aging monster library then they are off to a good start. They certainly left this film with many possibilities for a sequel ranging from the days after the last battle to modern times and anywhere inbetween.

“Luke Evans is a great Dracula, maybe the best yet.”