Skip to content
Landmark comes to a close.
Landmark

Landmark comes to a close.

Of course the news item is that Landmark is a﻿nother of the shuttered titles by Daybreak Games. For anyone that was playing in the last 6 months, it was an […]

Of course the news item is that Landmark is a﻿nother of the shuttered titles by Daybreak Games. For anyone that was playing in the last 6 months, it was an expected move.

The line we willl surely hear from Daybreak, if they speak at all, is that it just wasn’t profitable. Without any actual numbers I can say that is probably true. However I’d be hesitant to say that is the final answer. I’d be quick to point out why Landmark was unprofitable. The short answer to that is management.

In the end it can be seen that as time passed the number of Daybreak employees actively working on Landmark went to virtually zero. With this decrease in bug fixes and lack of added content followed the decrease in population. We’ve seen screenshots of tools and features that were being worked on but Daybreak opted to scrap work on improving the player experience in favor of adding cosmetic pets. When the add tool became broken there were no fixes yet we saw multiple hotfixes related to Lumens as well as cash shop fixes.

Those kinds of decisions really sent a message to the user base that the only thing management cared about was selling you shit. In a game where the population was dependent on user generated content it would be a wise decision to foster an environment where creating content was easier and faster but that’s not what Daybreak did. They ignored much of the user feedback and left most of the bugs alone.

Most people knew when EQN was cancelled that Landmark was next but there was always hope. Most players and outsiders could see the potential in the Landmark platform. I’ve showed numerous screenshots to friends as well as a few videos. My show on Twitch, Landmark Tonight, was seen thousands of times. Towards the end, The Morning Brew would have more viewers than there were people signed into the game. There was and is still interest in Landmark.

I know games are cancelled or shutdown all the time but it’s frustrating to know that a game that has no equal is gone. It’s not like shutting down some Minecraft clone because there are hundreds of those. There truly is no game like Landmark. The closest thing to Landmark are game development tools. There is nowhere to go after Landmark. I’m thinking that is also a little part as to why management made the choices they did. They were comparing Landmark to games like Minecraft and wondering why they weren’t a hit. Which is doubly stupid because it isn’t Minecraft and they didn’t offer a tenth of the support to Landmark as Mojang did when Minecraft was starting out.

Why is Landmark so unique? For starters it a relatively simple way to create something that people will want to see. The Landmark voxel tech looked lightyears ahead of the Minecraft clone style. When I first signed on to the alpha we were given a roadmap that had many solid ideas and felt like it would truly be possible to create an immersive experience, with no programming knowledge. The online elements that were spoken of made sure many communities could grow from Landmark, more so than any Minecraft clone could.

It was the uniqueness and community that drove the games population to dive headfirst into Landmark. The player efforts drove the direction of the game. As Dave Georgeson said, the players have done things that the devs didn’t even think was possible. More than anything I think the part that Landmark players will miss is the community. I know I had fun working with many different players every day to create something awesome and I had a blast seeing all the different player creations on “Landmark Tonight”. Landmark is the first game I’ve played in 20 years where any random person was willing to do something to help another. Guild loyalties didn’t matter and it was everyone helping one another through tutorials, swaps, resource farming or just offering an ear to listen to an idea.

I hope whichever company decides to do something like Landmark in the future understands community. I hope they understand the potential of a Landmark game. Most of all I hope they don’t run the next Landmark into the ground.

UPDATE: I’ve gotten a few messages about how a business is in it to make money and I agree. What I don’t agree with however was Daybreak Games focusing solely on generating revenue while pushing the customer base away due to neglecting the product. After all, who will be left to buy anything when you’ve made them mad at the game?

UPDATE 2: I know there were several devs that put a lot of effort into Landmark and in no way is this a slight to them. For instance Pentapod put a lot of her own personal time into the game trying to do what needed to be done. When Daybreak didn’t even invest the time to stream a tour of Winter Holiday Island it was Pentapod that did it on her own time on her own stream. The thing is, no matter how much Pentapod or the other devs may have wanted Landmark to continue the Daybreak management gets to make the final decision. The faults of Landmark land squarely on managements shoulders.

Below are some Landmark images I pulled from my Twitter just to serve as a reminder of all the cool things and good times in Landmark. 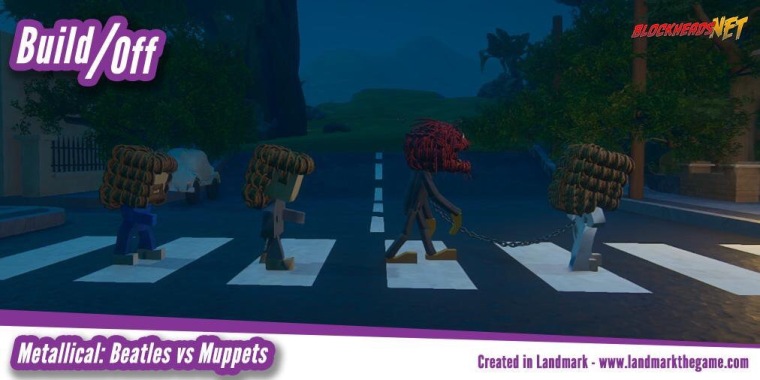 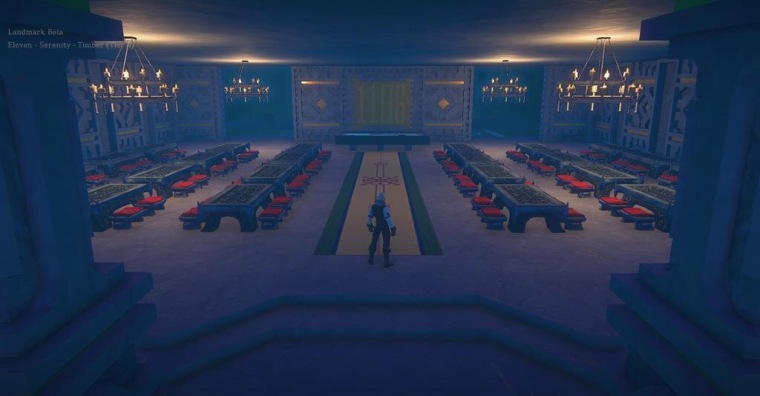